Recording of NXIVM co-founder final piece of evidence feds use as racketeering, sex trafficking case nears end. See more articles about this Cult here Houston Chronicle – Keith Raniere told top NXIVM disciples that some small children are “perfectly happy” having sexual experiences with adults and that it is “society” that considers it abuse, according … Click Here to Read more 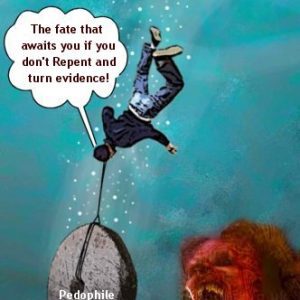 I would almost wager that the upper echelon was privy to this pervert and just like the Catholic Church, turning a blind eye! Breitbart News – 74-year-old James Roberts served as Sicklerville Boy Scout Troop 132’s leader for 40 years before his appalling crimes were uncovered. According to a probable cause affidavit, Roberts has already confessed … Click Here to Read more

These people has no shame at all! It is what happens when one is given over to a Reprobate Mind! I am sure there was some Homosexual and Lesbian activity taking place as well! Romans 1:26-32 “For this cause God gave them up unto vile affections: for even their women did change the natural use … Click Here to Read more 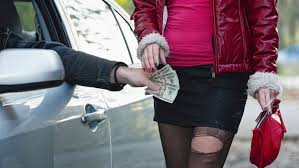 The Daily Caller’s Stephanie Hamill is calling out the Women’s March for defending the embattled BackPage.com, the website that was allegedly used to facilitate both adult and child prostitution.

At least 510 suspects were arrested and 56 people rescued in a huge California human-trafficking and pedophile ring crackdown.  I wonder WHEN the Liberals will make this LEGAL in the Sodomy State? This is the LUNACY that is the platform of the Liberal Feminist mind set! Your News Wire – The Los Angeles County Regional … Click Here to Read more

‘My Administration continues to work to drive out the darkness human traffickers cast upon our world’ Adan Salazar – President Trump proclaimed January 2018 “National Slavery and Human Trafficking Prevention Month.” In a proclamation issued Friday, the president indicated his administration had already done much to address the problem, including signing an Executive Order targeting … Click Here to Read more

Los Angeles, CA – A report of a missing teenager in Tulare County, California, in late 2016 culminated into the uncovering of one of the largest sex trafficking rings in the Western United States, according to an announcement by the Los Angeles County Sheriff’s Department on Thursday. Thirteen young women and girls, including the missing teen, were freed from captivity as a result of the extensive investigation.

The missing teenager’s disappearance, and subsequent discovery in a West Hollywood apartment in January, led investigators in the LA Sheriff’s Department to discover an extensive human sex trafficking network that extended from Nevada to California. During the course of the investigation, detectives discovered the ring used apartments in dozens of communities, including Burbank, West Hollywood, and Las Vegas, as brothels.